If you ever used your phone at least once to find something in the dark you might want to try this app. Unlike other lighty apps that just put up a bright screen, Tesla LED uses the device’s LED flash to illuminate the target. What’s more interesting is that you can turn it on and proceed to use other apps while the flashlight keeps running in the background. 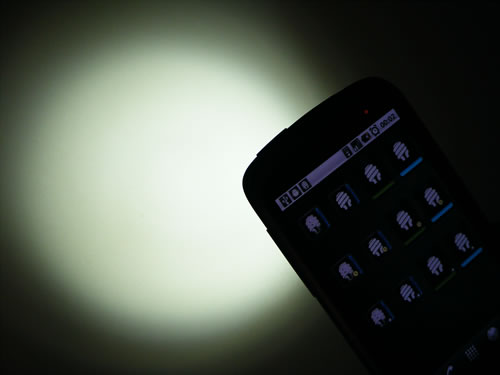 There are 2 ways to turn on the LED: either by accessing the app itself or by using a widget on your desktop. The former is harder to get to but provides access to a lot of options while the latter is a quick and easy way to get what you need.

Inside the application there are a total of 3 screens that can be switched by swiping left or right. One is a black screen that does nothing, the second is a light bulb that turns the led on or off when the screen is pressed. The third is also a light bulb but with a strobe effect. You can set the frequency using a slider and whether to timeout after a few minutes. There is an interesting option here called Morse Code. This will turn the LED on and off describing the message you typed in. 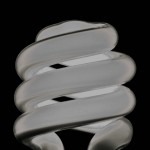 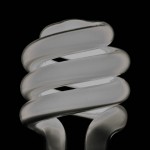 The settings panel provides a few configuration options that can satisfy any customization freak.

One would probably only use the widget of the app that can be placed on the desktop and takes only one block of space. There are four widget styles you can choose from. When adding the widget you can also customize its behavior such as whether to keep the LED on continuously or to flash it using the strobe option. The only thing that isn’t there is the Morse Code that can only be accessed from within the app itself. 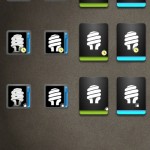 This is a simple, yet well made app that does exactly what it should, without any distractions or problems. It is nice that the LED does not turn off  when exiting the app. While running the notification bar displays the Tesla LED status and by taping that, the LED goes off instantly. This way you can turn it of even while using other apps.

One last thing: because the LED used is connected to the camera, certain apps that are able to take photos or videos won’t work while Tesla LED is running. So be sure to turn it off before taking pictures.