Looking for a combination of puzzle logic, physics and candy-eye graphics in a game? The Russian developers from ZeptoLab bring you Cut the Rope, a challenging and entertaining game that will keep you busy and drain your battery dry. It was released back in 2010 for the iOS and now it is also available on Android. And at about 0.99 USD (0.62 GBP) it brings a bang for the buck. 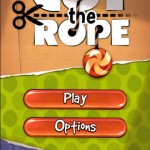 The game consists of many levels that are each basically a maze with different objects that interact with each other. The goal is to bring a piece of candy to OmNom, the little green alien and to collect as many stars as possible along the way. Although the basic action the player needs to do is cut ropes that hold the candy, there are many other exciting elements such as wizard hats or bubbles that add to the diversity of the game. When introducing a new element to the maze, the developers have neatly integrated short tooltips within the game so it is easy to understand right from the beginning how everything works.

Currently, the number of levels is 175. There are 7 groups called boxes, each with 25 levels inside. Each box is unlocked when a certain number of stars are obtained from the previous boxes. So it is not necessary to complete all levels, but to have the required number of stars. The boxes are Cardboard Box, Fabric Box, Foil Box, Magic Box, Valentine Box, Gift Box and Cosmic Box. The last box has a New levels coming soon! message so be prepared to receive updates with more levels. 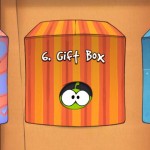 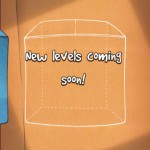 The game somewhat easy and straightforward. The levels are not designed to be solved in more than one way which is not really a bad thing. Most of the time the player will have to analyze the maze and come up with a solution, but there is also a time factor included when the stars disappear if you are not quick enough or the spiders reach and steal your candy. 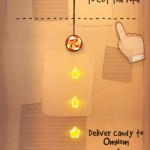 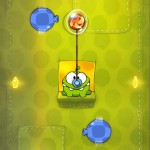 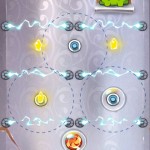 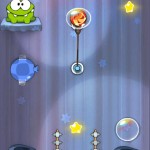 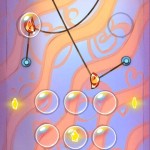 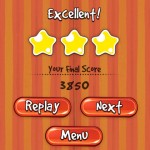 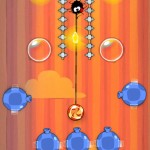 Buy it. It is an excellent game, it has great graphics and sounds and has an overall professional feel. You will be kept entertained for a few hours. And if that won’t convince you, here’s a pic of OmNom when you loose his candy: 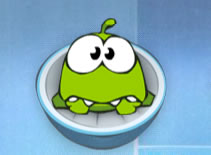